The really dangerous people believe they are doing whatever they are doing solely and only because it is without question the right thing to do. And that is what makes them dangerous.
- Neil Gaiman

Consider the number 2,122. Not a big number as numbers go. Not a small one either. Now, set the number 2,122 aside for a moment, but keep it in the corner of your mental field of vision. 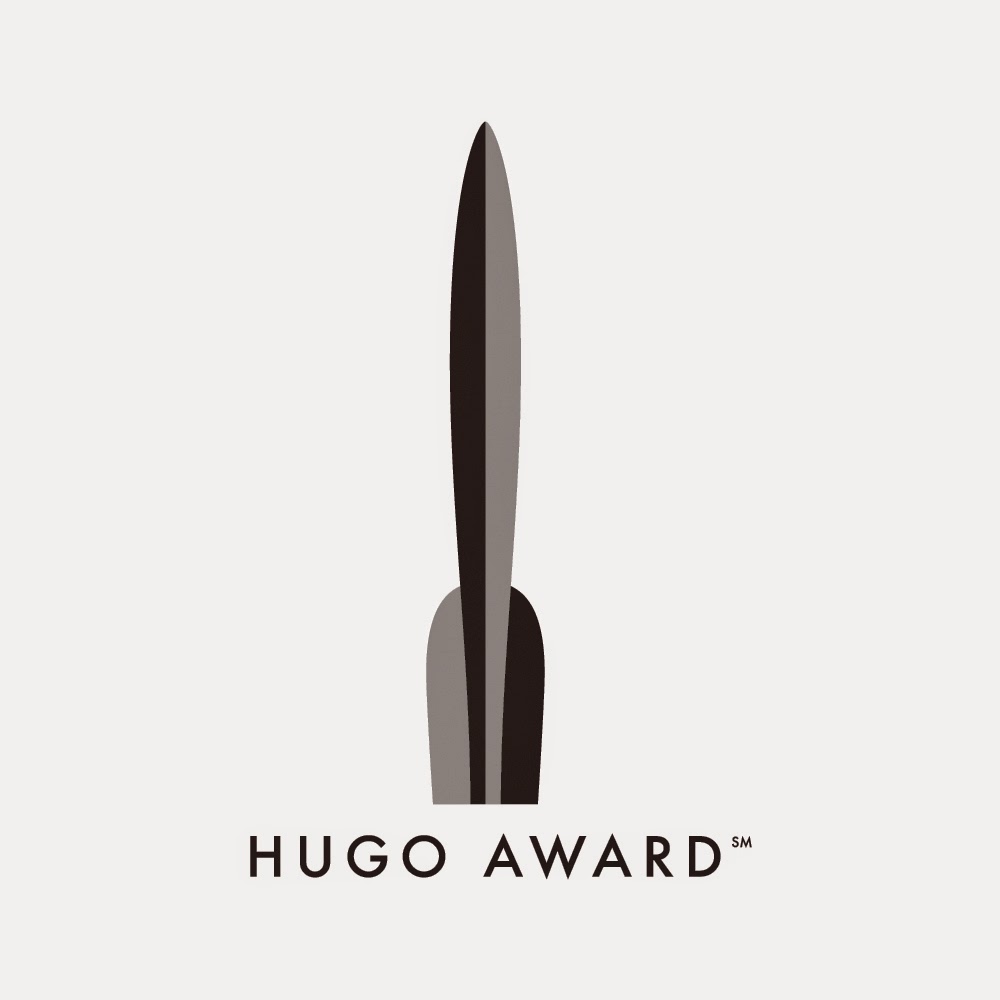 The Hugo Awards, as most of you know, are awards nominated by and voted on by science fiction and fantasy (SF&F) fans. With many literary awards, nominees are submitted to a panel of judges who then select the final slate of nominees. Not so with the Hugo Awards. The Hugos put SF&F fans firmly in the driver's seat.  Fans of SF&F select the finalists, and fans of SF&F elect the annual winners of the Hugo Award from among those finalists. No panels. No notables or literary luminaries sitting in judgement. No yardstick for artistic or cultural merit. Just the votes by fans of the genre for the works they wish to honor that year.

I've always liked the Hugo. Sure, sometimes I might argue with the collective taste of fandom, but I'll be the first to admit I can be a bit of an elitist when it comes to the written word.  I've been delighted when the rest of fandom's choices align with mine, but hardly put-out when they didn't. For me the point of the Hugos has always been about fun; about rewarding good stories that resonate broadly among the genre's fan base. It is the only major writing award in which the little guy had a say, and in which the influence of insiders on the final results was restricted by the nature of the process.

Over the years I've liked to think that the Hugo Awards are about Jane and Joe lunchbox, for whose spare shekels the publishing industry lustily competes, having a chance to voice their opinion and have that opinion heard.

The list of Hugo Award finalists were announced on Saturday. This year it's created something of a kerfuffle in the science fiction and fantasy community.

Well, that's not precisely true. It's actually the latest eruption in a kerfuffle that's been going on for several years. OK. Strictly speaking it's not, technically, a kerfuffle. It's more a nasty, mean spirited holy war; with fringes of the science fiction and fantasy community having a go at each other and the rest of the community caught in the middle. Both sides have legitimate grievances, but neither are in a mood to listen to one another.

At the surface the divide is a political one, with the fandom's liberal fringe on one side and it's conservative fringe on the other.  Disagreement with even the most extreme orthodoxy of either of the two groups causes its membership to cast the dissenter as a member of the opposition.  Both sides are in 'with us or against us' mode as they attempt to force the greater fan community to choose between them. Most fans I know have been keeping their opinions to themselves and maintaining a low profile as they wait for the angels of our collective better nature to prevail, but there seems no end in sight.

Political tempers are running so hot that a fan's taste in science fiction and fantasy literature is beginning to be taken as a statement of political loyalties. Any dedication to old fashioned adventure stories featuring rockets, ray-guns, swords or sorcery causes one to be marked as a conservative partisan and a white-male power fantasist.  A preference for literary or social science fiction and fantasy, in which today's culture and diversity issues are explored, causes one to be marked as a liberal partisan and a social justice warrior.  Both sides spend a surprising amount of time trash-talking what they perceive to be the inferior literature of the opposition.

Of course the Hugo Awards have become ground zero for this dispute.

In the last few years both sides have sought to influence the outcome of the Hugo nominations and final awards voting in a manner that favors their literary and social point of view.  Historically, openly campaigning for a Hugo has ended badly for the campaigner. Thus, while SF&F's taste-makers and insiders have always had some influence on the Hugo Awards, traditionally that influence has been muted. In recent years, however, we've seen the advent of  internet-based 'eligibility' and 'recommendation' lists published by persons of influence within the science fiction community. While they stopped short of saying 'vote my slate' the intent to influence Hugo voters was clear.

This year, SF&F's conservative fringe escalated the conflict, mounting a campaign intended to fill the entire finalist slate with nominees in line with their tastes, but eschewed by SF&F's liberal fringe.  In this they were largely successful.

SF&F's liberal fringe has responded by threatening a 'no award' campaign; urging Hugo voters to vote 'no award' in any category dominated by the conservative fringe.  If successful, this would result in the awards for most categories of Hugos being withheld for 2015. While a satisfying block for the liberal fringe in the short term, this would very likely begin a cycle of retaliation, with each side using the no-award mechanic to stick a thumb in their enemy's eye. With each turn of this self-destructive crank, the reputation of the Hugo as one of the most venerable and democratic science fiction/fantasy awards will be diminished.

About now you're probably wondering how some marginal fringe groups have gained so much influence over the Hugo Awards. After all, like space, SF&F fandom is big. Really big. It's a huge demographic that consumes an astonishing quantity of books, magazines, graphic novels, movies and sundry media each year. The audience of the genre is far larger than it's ever been before. How could a relatively small subset of that audience put the Hugo Awards at risk of becoming the booby prize in their political/social pissing contest.

2,122 is the total number of nominating ballots that went into determining who would be on the final Hugo ballot in 2015. It was, believe it or not, a record turn-out.  In choosing the finalists for fandom's greatest honor, only the opinions of 2,122 individuals mattered.

Now, for the purposes of the Hugo Awards, a 'fan' is a member of the World Science Fiction Society (WSFS). Anyone who buys a full or supporting Worldcon membership for the prior year, current year or upcoming year is a member of the WSFS and eligible to nominate and vote for the Hugos. Membership and voting rights are open to any science fiction or fantasy fan with the price of at least a supporting membership in hand. Thus, among the movers and shakers in the WSFS, a Fan is a member of the WSFS, and Fandom is the overall WSFS membership.  Based on Worldcon registration numbers for the current and prior years, the number of eligible voters should be over 15,000.  But only 2,122 opted to nominate works for the Hugo Awards. Based on past history, fewer than double that number will vote to select the winners from the final ballot.

With only 2,122 voters weighing in on the slate of Hugo finalists, influencing the outcome isn't terribly difficult.  A few hundred votes one way or another can make the difference in a decision that has significant financial and career outcomes. In such a small pool, non-aligned voters may outnumber faction voters, but uncoordinated votes have less impact on the outcome. This serves to give both fringe groups influence far in excess of their numbers. Now that the battle over the Hugo Awards has broken out into the open, we can look forward to both fringes levering that influence with a will.

It would be good for the larger SF&F community if the leaders on both sides of this fracas would call their troops to heel, take a breath, and work matters out like grown-up. Inside voices and all that. Science fiction and fantasy are not, after all, a zero sum game. For one side to win the other side needn't lose. However, said leaders are true-believers, convinced of the virtue of their cause and the nefarious nature of the foe.  They would sooner see the house of Hugo burn to the ground than put out the present fire.

The only solution available then is to increase the number of un-aligned voters. The larger the pool grows the more effort will be required to influence the outcome. If 15,000+ fans voted in the Hugos Awards the influence of fringe groups would be profoundly diluted, and the results would more accurately reflect will of the larger science fiction and fantasy community. To me, that's what the Hugo Awards should be all about.

So here's the question: What makes someone a 'real' fan?

I ask it because the fringe groups presently raging about and breaking the crockery within the WSFS seem quick to deny anyone with whom they disagree the right to call themselves fans. The leadership of the WSFS itself has stated that, as the Hugo is administered and bestowed by the WSFS, its membership comprises fandom. There's a lot of fan-denial going on these days at cons and on the internet. As if being a fan of science fiction and fantasy had anything to do with deserving, anything to do with money or anything to do with membership.  As if passion for the form and the stories it tells were not enough.

Well. Let's just fix that right now, shall we?

Therefore, by the power bestowed upon me by Andre Norton, whose stories began my life-long slow dance with the impossible, I declare this day that we are all true fans of science fiction and fantasy.

There. You are anointed. Now go forth and do your fannish duty.