A Matter of Lists 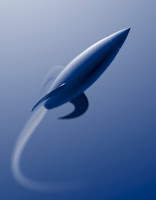 I was in San Francisco during Hugo Awards weekend, basking in the Bay Area cool while attending my brother-in-law's wedding. Both wedding and reception were held in his home and, being family and all, mine was a busy Saturday full of duties and distractions. Festivities and subsequent clean-up wore deep into the night before I let sleep take up it's knitting needles to knit up my much ravll'd sleeve of cares.  Then it was off to the airport godawful early, and a Sunday spent on airplanes in order to get back to DC at a respectable hour.

With all the rushing about I completely missed the Hugo Awards ceremony. Looking at the news and follow-ups it seems a case of slate voting being deployed as a means of beating back slate voting. More on that after I recover from the trauma of this year's award season.

I've been thinking a bit about top ten lists. I have my own top ten list of science fiction novels, of course, though I tend to keep it inside my head unless asked. But, after listening to reviewer and critic Renay's interview on The Coode Street Podcast (which I highly recommend - it's a fascinating discussion) I decided to lay out my personal top ten list. Straight from the shoulder, and true as I can make it. No fudging to make it seen erudite, respectable or diverse. Just my all-time favorites. My only rule was that I couldn't use the same author twice.

1 -  A Storm Over Warlock by Andre Norton

In 1969 a woman opened a doorway for me. Stepping through to the other side I found myself on an alien world, and never returned to my point of departure. Forty five years have come and gone since I took Andre Norton's Storm Over Warlock down from a bookshelf.  I have journeyed a long distance since that day in many senses, having become unstuck from space and time by the act of reading it. This is hardly Norton's best work, but it was my first exposure to written science fiction and a vintage copy rests in a place of honor on my bookshelf.


2 -Lord of Light by Roger Zelazny

This book tends to make both Science Fiction and Fantasy lists as it stands in near perfect balance between the two genres. It is the story of a select group of space travelers who have used technology to set themselves up over their fellow colonists as gods from the Hindu pantheon. One of their number, Mahasamatman (or Sam), undertakes to play the role of Prometheus and break the 'gods' rule over the rest of humanity. Along the way Zelazny delivers one of the worst puns in the whole of science fiction, but does so in the best possible way.

One of the best 'ships in space' science fiction yet written. In Downbelow Station, Cherryh hits every marks she aims at. The richness of texture and scope of her storytelling is astonishing. Somehow the clash of fleets and the politics of interstellar war are kept in balance with Cherryh's depiction of the human lives caught up in events. Topping it off, this book delivers the iconic starship captain, Signy Mallory. Simply brilliant.


4) A Fire Upon the Deep by Vernor Vinge

Beautiful use of science to create characters and drive events in a story. One wickedly malevolent AI is inadvertently set free and tears into interstellar civilizations with mayhem on its mind. Vinge's description of the fall of major political and economic powers is riveting, as is his use of characters, both human and alien. It's up to junior librarian, two lost kids, couple of sentient trees and a planet full of dog-like aliens to save the galaxy's civilizations from destruction.


5)  The Left Hand of Darkness by Ursula K. Le Guin

A great bit of story-telling from LeGuin. The Left Hand of Darkness explores the role of gender in heroic tales by setting this one on a planet called Gethen, where people are neither male nor female most of the time, taking on gender only briefly for purpose of conceiving children. The social institutions LeGuin creates for a population in which one can be father to some children and mother to others are credible and well thought through. At the same time she delivers an engaging adventure story with politics, intrigue, betrayal, and a daring escape across a frozen wasteland.


6) A Canticle for Leibowitz by Walter M Miller Jr.

Arguably the best post-apocalyptic science fiction story yet written. Set in the deserts of the Southwest United States after a nuclear war has destroyed civilization, A Canticle for Leibowitz follows the efforts of the monks of the fictional Order of Leibowitz as they attempt to preserve the remains of human knowledge following the nuclear holocaust. It's a ticklish task, what with humanity being by far the greatest danger to the monks and their precious horde of books.

Never mind the sequels that followed. Dune stands best on its own. The book is set in a future interstellar empire where noble houses owe allegiance to the powerful Padishah emperor. The story is centered around Paul Atreides, whose family is given stewardship of the desert planet Arrakis, the sole source of 'melange' or 'spice'; a drug that makes navigating across interstellar distances possible and thus is the lynch-pin of the imperial economy. It is a coveted position, but a dangerous one given that the noble houses are in a constant state of intrigue and the Atreides' enemies  are plotting to end their family's line for good. While the larger plot arc is simple, the tapestry of politics, betrayal, religion, ecology, technology and culture Herbert weaves in the telling of it makes Dune a classic.

Having barely fought off two alien invasions, humanity is searching for a military leader ruthless and brilliant enough to win an interstellar war, yet empathic enough not to become a despot once the war is won. Selected children, including the protagonist, Ender Wiggin, are sent to an orbital 'battle school' where they are trained, tested and evaluated. In lesser hands the machinery of the novel would have descended into trope-ridden military fiction. However, Card's deft handling of the characters, relationships and the emotional underpinnings of the story resonate powerfully. While Card himself has fallen from grace owing to his position on and recent statements regarding homosexuality, Ender's Game remains a brilliant piece of writing.

Neuromancer to my mind, defined the Cyberpunk subgenre. It was the author's first novel and it hit the science fiction world like a lightning stroke. Science fiction hasn't been the same since. 'Nuff said.

It's a rare author who can deliver a complex plot filed with rich concepts, riveting prose and unforgettable characters. Its a rarer author who can do so with perfect narrative clarity while propelling readers through their story at high velocity. Neil Stephenson is a rarer author. Snowcrash follows Hiro Protagonist (last of the freelance hackers, greatest sword-fighter in the world and pizza delivery man for the Mafia) and Y.T. the skateboard courier as they search for the secret behind Snowcrash, a biolinguistic virus capable of infecting both machines and human brain stems.

None of that is for want of reading older books or more recent books. For example, I'm perfectly comfortable reading prose by Romantic and Edwardian writers and enjoyed reading both Shelly's Frankenstein and Wells' The Time Machine. But neither made my top ten because, while I believe they are essential reading for someone who wishes to be well grounded in the genre, I find the prose from that period uses a lot of literary conventions that tend to keep the reader at arms length.

Moving into the early to mid twentieth century, I like reading writers like Asimov and Simak. I find their books well constructed and their underpinning ideas rich and complex. But their characters tend to be weak, almost a secondary consideration, and fail to engage me as a reader.  Once again, they are on many 'must read' lists (including mine) for people who want to grok science fiction, but for my personal top-ten they don't make the grade.

While I've been reading a lot of more recent works, there's not much out there that's really grabbed me. That's not to say I don't enjoy works published post-1996. However, much of the science fiction published of late are near-future dystopias or straight-up military science fiction. That's literary ground that has been so overworked that little of note grows there anymore.

Still, there are a number of newer writers such as Leckie, de Bodard and Weir who have side-stepped the mire of zombies and space marines and are turning out quite good work. None of them, however, have struck lightning with me so far. A number of my pre-1996 favorites, like Gibson, Stephenson and Cherryh are still publishing, but they seem to have lost some of their early zeitgeist. It's good writing; mature, solid and polished, as I'd expect with a master of the craft. But I no longer close their books wishing there were more.

However, it's all about the journey. The search continues. I'll keep you posted.
Posted by The Editor at 11:55 AM 3 comments: